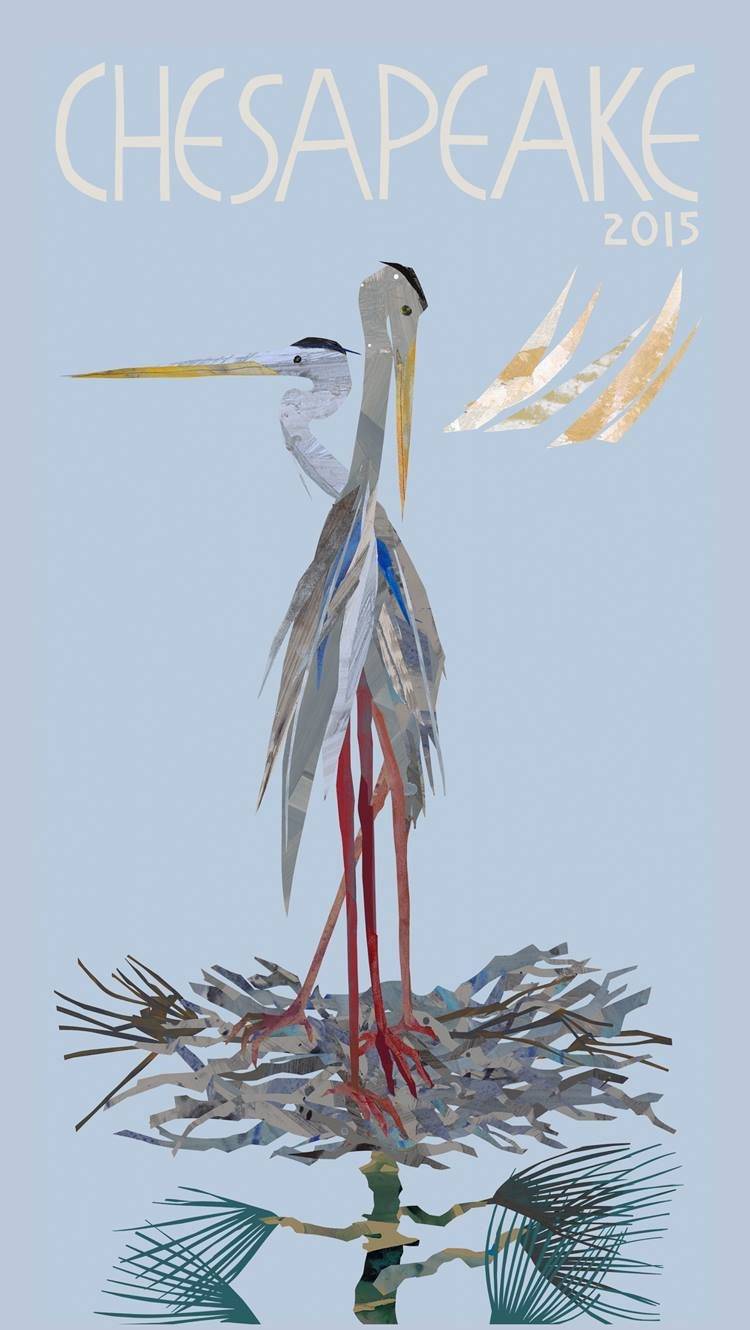 Rookery is a nesting site for many heron’s nests.

So don’t be misled. It’s not just one lone nest as pictured here.

But, I love that word, rookery.

So, Rookery for Two, is a perfect example of an artist taking license.

I was shown a rookery once.

I was led down into a deep muddy wet jungle-like ravine on the eastern shore.

Way up above was a pre-historic freaky sight.

About twenty nests were up there, haphazardly perched on branches.

Herons were screeching, cater-wauling, shrieking in what seemed like a battle over nests and territory and females.

They dive bombed at each other in air.

It was noisy and discordant and primitive.

Totally mesmerizing, I watched till my neck ached.

The scene of a heron standing in a nest, peacefully looking down at the water for fish, while with his mate, is quite the other end of the spectrum.

but this artist’s license rules the day;

a small perk in the creative tribulations

of this paper-cutting, color-obsessed, painter’s life.